Your Plug to the Countercurrent

Let us introduce you to Underground Sound

If you’re looking for the newest underground music, upcoming festivals and music industry insights, you’re in the right place.

All are welcome to become the main character here and as long as there is plenty of water and the beats are fresh, the music will keep the vibe in check.

Unless you have underground artist friends, the search for our kind of music is a constant dig. It won’t appear on the first page of Google or be played by your local radio station.

You have to go deeper. You have to dig and dig to find those rare gems.

There are enough online platforms to spend the rest of your life sifting through music until you keel over to the buzz-killing voice of a Spotify advert.

Thanks to our connections and geographical location, we are dedicated to sharing quality content on the international sound of the underground.

What we call Underground Sound is underground music, also known by their alter egos, alternative music or countercurrent music.

Underground music can be defined as composed sound that remains relatively unknown to the masses.

The underground is decentralized, does not have a template and is unity in diversity.

Underground sound goes against the mainstream.

Underground artists can be undiscovered, but they can also be very well known with a strong and loyal fanbase. There are extremely talented underground musicians that have a strong fan base and don’t wish to become the next big track on TikTok.

It’s about quality and honesty, sharing life stories and connecting with listeners.

It’s about talented artists who don’t conform to industry standards, but rather to their own artistic objectives.

In short, any music that is not with good reason commercialized and distributed, is known as underground music.

The underground artist, the entrepreneur and the sunrise chaser (all at the afterparty)

There is a community for everyone at Underground Sound.

We are an international resource for humans of all creeds. We guide the crosscountry raver, the festival bunny, the party hopper and the weekend champion.

If you are an underground artist or a music entrepreneur, we are a valuable (and free) resource to make new connections and get insights on new and foreign scenes.

Underground cultural movements can be found just about anywhere, and at Underground Sound, we’re here to broadcast them.

We have an uncontrollable urge to share music with you.

Sharing is an integral part of the internet’s mantra and a culture that we are all a part of.

For us, sharing the underground sound is sharing happiness or any other emotion that stirs us with the stroke of a chord, a tribal drum or cueing up the next dank tune. 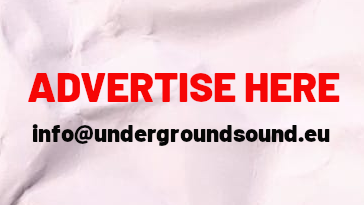 Looking for expert advice on advancing your music career?

Do you prefer to live vicariously through others?

Load More
Congratulations. You've reached the end of the internet.