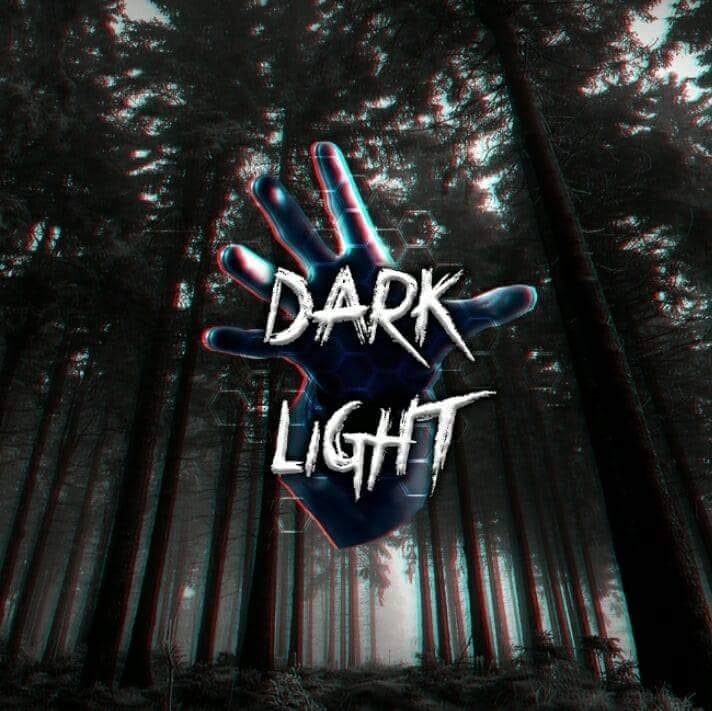 Underground Sound takes a twisted turn for our second installment of our new segment Underground Voices.

Meet the pedophile hunters Dark Light, an online pedophile hunting team whose sole aim is to expose and rid the UK’s streets of pedophiles and sexual predators. Teams like Dark Light and similar hunting groups have a lot of support from the UK’s general public. Often these teams work full time jobs and have families of their own but somehow they find the time to expose those that hide behind the computer screen and prey on children. They fund themselves from their own pockets and through donations.

Although hunting teams don’t have the same powers as the Police they are able to detain potential predators in public places under the UK’s Section 24a Police and Criminal Evidence Act of 1984. This allows teams to hold on to anybody suspected of committing a criminal act or someone who’s likely to injure themselves or others. On regular occasions teams will find themselves at the house of a predator, in this case they are not allowed to enter any premises but are able to hold them under section 24a once they step out of their house.

Before Dark Light go out on a sting they always have watertight evidence that will hold up in a court of law. This is shown in the 100% conviction rate held by Dark Light.

We have decided to throw light on this subject because as it stands in the UK and many other parts of the world the police cannot arrest anybody until a crime is committed which is too late for the victims at that point.

We throw some questions to the unsung hero Mike, the man behind the creation of Dark Light. 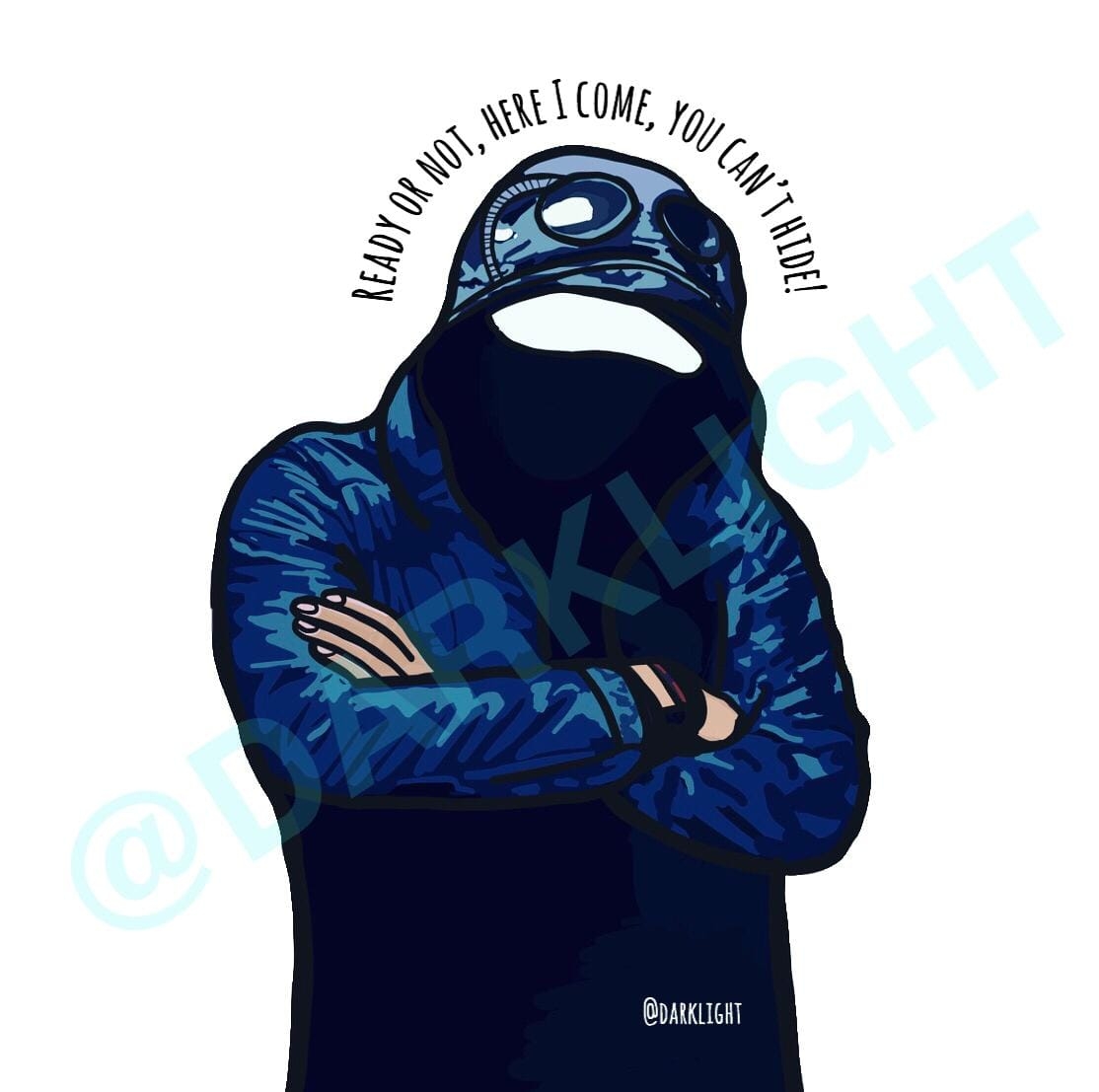 Hi Mike, We know this is a touchy subject that needs a light shined upon it so we thank you for your honesty and taking the time out of your day to talk with UGS.

Would you like to tell us a little bit about Dark Light?

I founded dark light back in September 2017 in a bid to deal with my own demons. As a child I was sexually abused and this to me seemed at the time like the best idea to assist me in my bid to form my own coping strategies.

How and why did you get into hunting?

After my sexual abuse I was left alone for nearly 20 years dwelling on my own experiences with a great deal of shame hanging over me that I wasn’t able to get rid of. I decided to start hunting as I wanted to raise awareness about online grooming and also face my own abuse head on.

Could you explain what a decoy is?

A decoy is a person who volunteers their free time to the cause by posing online as a child. They await contact from potential predators and then once contact is made, they will engage in conversations. nine out of ten of these conversations will result in the predator taking control of the child and starting the grooming process.

What are your thoughts on those who call yourself and other groups like you vigilantes?

I have no emotion towards those against me or any other groups. I know why I do what I do and its only to expose and protect children from the dangers online.

Although you are exposing sexual groomers/sexual predators/pedophiles for the good of communities there are some that look and follow what you do as entertainment, how do you respond to this?

In my opinion there will always be people who want to view our work as entertainment because its something that is taboo and isn’t really spoken about. When you’re involved in this it isn’t entertaining in the slightest as there are real children that are groomed online. We have dealt with over 30 real child cases and supported the families in contacting police and letting them know what the process is.

Have you ever exposed the wrong person? if so what went wrong?

NEVER. We Have a 100 percent charge and conviction rate.

It’s understood that there are 100’s of hunting groups that are operating in the UK and more coming to light each day do you have any advice for those wishing to follow in your footsteps? and are you worried that the newer groups will get it wrong which will affect the hunting community as a whole?

I would advise them not to start. Before I decided to start this, I had no idea on how big of a scale this was happening. If this isn’t done right and you slip on the slightest thing you could be arrested risking your own liberty. If you are going to try and do something within hunting do it independently and research the law prior to committing to it. Its time consuming, distressing and you may need to hand your phone over to the police at any given moment. As for newer groups I’ve experienced new groups come and go. Some get it right some get it wrong. Its my opinion that if your motives and driving force are right and you want to do this for all the right reasons then there isn’t an option to get it wrong.

From our research Dark Light and similar groups seem to catch predators from all walks of life and different age groups from teachers/teenagers to the creepy fat guy down the street. Would you agree/disagree?

There is no stereotype anymore for what a pedophile looks like or from what background they come from they are literally from all walks of life. Its scary because it could be anybody.

How do you deal with family members on a sting that have no idea the person they love are doing such things?

We normally take somebody who is appointed as a family liaison to speak to the family while we are dealing with the predator and their imminent arrest. Some families will welcome the comfort and advice provided by family liaison and others will decline it. It differs on a case by case basis.

Do you think pedophiles can change? Or would you say that the attraction these people have is as strong as a normal person would have to someone of the opposite/same sex? And the only option is to keep it under control?

No I don’t believe they can change at all. We have in the past stung a convicted child rapist who served time for the rape and sexually touching of 2 children under the age of 3. When we stung him, he was living in a bail hostel having just been released from prison.

Would you say that pedophiles are born this way or it’s something that’s developed over time?

In my own opinion I feel they are all the same as they all think they are doing nothing wrong or they made a mistake. It’s hard to establish facts about where their behaviour stems from but having decoyed on a lot of my own cases I can say that each one has different sexual traits and behaviours.

Do you ever feel for the predators that you have caught? The ones that seem genuinely remorseful?

NEVER! To me these people are the lowest of the low and set out to commit horrendous sexual crimes against children. Most of them claim they made a mistake or they were bored or it was just a laugh but if there was a real child on the other end of the conversation and not a decoy the results are devastating.

Through our research a lot of predators use the same excuses such as I’ve been hacked and I have special needs why do you think these are the go-to excuses?

This is the typical deflective behaviour that predators use. They do this to take what they have done away from them and put the blame on to somebody else. Normally as soon as we explain to them that the police are going to seize all of their devices and that the truth will come out, we get a confession from them.

What are your thoughts on the way the government deal with sexual predators/pedophiles?

I hate politics. You only have to look at the cover ups that have happened historically with Members of Parliament and other high-profile pedophiles. What we need is a real deterrent and reform of the sentencing guidelines that judges can impose. Its unfortunate that we live in a world where a shoplifter will get more time in prison than a person who wants to rape and abuse a child and is actively seeking to do so.

Although the police won’t come out and say it publicly do you think they agree with what you and other groups do?

I have never had bad feedback from the officers that attend a sting to arrest the predator. If anything, I have always received a warm reception and worked closely with the police to make sure that the predator has no other choice but to plead guilty.

How would one be able to help and support groups like yourselves?

Like and share the page. This will help us to raise awareness and to continue to grow as an organisation. The more our following grows the more screens we hit. The end goal for us is that were able to help parents keep their little people safe online and to show the world the huge problem social media and apps have brought to the most vulnerable people in society.

If someone would like to become a decoy and help with the fight how would they go about it and is training given considering the importance that the roll entails?

We aren’t currently taking on decoys at present but there will be a time when we start to recruit again. If you want to help look out on the page as we will always advertise vacancies on there first.

Lastly, I want to send a message out there to all parents who read this. PLEASE PLEASE PLEASE CHECK YOUR CHILDRENS DEVICES. If you don’t know who your children talk to on their phones and computers then who are they talking to?

For hints and tips on E-Safety and how to lock down your children’s accounts if they are on social media check out www.internetmatters.org

How To Do A Festival On A Shoestring Budget

We use cookies. By browsing our site you agree to our use of cookies.Accept