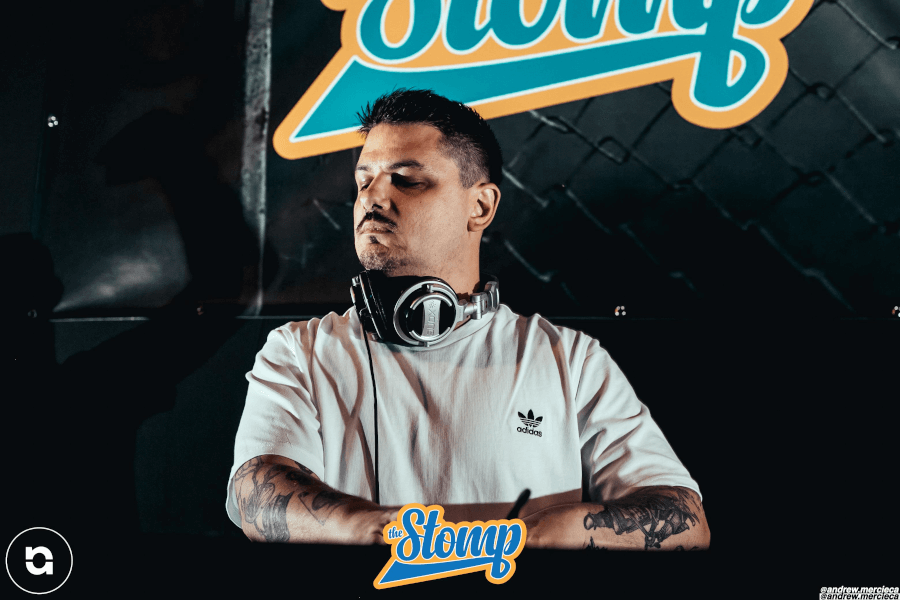 Carl Lautier is five minutes away Ian tells me after he hangs up the phone with the Maltese techno sensation.

It’s a hot and sweaty Wednesday I think to myself as I wait for my guest to arrive at Caine Tattoo Studios in Msida, Malta.

Within moments he arrives. Just in time. Lautier and I take a seat and chill out in the front room of the tattoo parlor to chat about what he has been up to for the summer, what’s in store, and what it is that has made him become such an icon within the techno scene in Malta.

What have you been up to for the summer so far?

You know how it is, whenever the sun’s out all the parties start off. Personally,

I have a few projects of mine such as Perpendicular – which has actually been going on for 10 years now.

At the end of May, I was quite busy with The Stomp as well, we also had Honey Dijon over. As well as that, we’ve also started our residency at Uno on Sundays again. That keeps me quite busy in itself!

I’ll take a break but that’s doubtful if I’m honest.

No rest for the wicked?

There are the Playground Nights going on too. I’ve also done a few hip-hop gigs as well. I actually played at the Hip Hop Festival at Funky Monkey recently.

Let’s talk a bit about your music. I must say it’s quite varied, so my question is this: how exactly would you describe your style?

I don’t! *laughs* I don’t really have a style. I’ve always been very open to practically every genre of music. When I started DJing, I was mostly attracted to the house.

Then I started to get a bit more into the tribal house, which went on to progressive house, and then I started exploring techno.

Nowadays, I’m anything in between house and techno. I also like to delve a lot into breakbeats, acid, and even metal when I was younger.

What kind of metal?

The metal has definitely had an impact on the farther and darker side of the techno I play at times.

It’s not every day that you get to play a heavier set. You know, maybe if I have a gig at Liquid or Playground, then I’m able to go as dark as I can. I think hip-hop has had a very big impact on my house selection as well, especially when I get a house edit song. I’m a very big fan of hip-house as well.

What was it that ignited your passion for DJing?

I think it was just going out with friends, to be honest.

I never used to like parties before, but I used to hang out in Coconut a lot and go to gigs.

Then once secondary school finished I started to go out a lot more. I started to notice that connection that the DJ has with the people, you know?

It got me very curious, so I used to go home and look for the tracks that they had played.

Eventually, I started to find out more stuff and then I started playing on my PC and a few months later I was trying the records out with friends.

How long have you been DJing?

So, I just moved into my 11th year DJing in clubs. I started practicing maybe two years before – just having fun doing it in my bedroom or at house parties.

Then maybe a birthday party in a club and eventually on to a weekly thing every Sunday. That’s kind of how it all started.

So that was your motivating factor to get out there and start DJing?

Yeah, I never looked at myself doing the whole DJ thing. Ever.

Coming from a metal background, it was very hard to accept the fact that I was getting into parties and dance music events. But I just progressed and continued to attend parties and meet artists. It made me want to do it all even more.

You recently celebrated the 10-year anniversary of Perpendicular. Can you tell me a little bit more?

Perpendicular is a product of myself Mato & Nicky Slim, who I’ve been friends with for over 18 years now.

We used to hang out and were working together and we’d get chatting about DJs and such and we eventually decided that we should do something together.

That’s when Nicky mentioned that he has a friend, Mato, who he played with. It wasn’t until the first Perpendicular night that I got to know Mato and we had such a good night playing to a few of our friends – they wanted more and so did we.

From this, it started to become more of a themed event. It progressed more from some silly music selections and stuff to some proper big nights.

I feel that it got a little bigger than we expected. Six years down the line, some of our parties had started to attract very large crowds.

So, we decided to take it back a bit and continue with a more intimate gathering.

You’ve been playing with Nicky Slim and Mato for quite some time now. Do you feel that they have influenced your own style in any way?

I’m more into my techno and house, Nicky plays more disco and house and Mato is the more minimal side of house and techno. So, everyone has their own style and marker music. Funnily, when we come together it just works.

In the eleven years that you’ve been DJing, where have been your favorite places to play?

I would say the outdoor parties definitely have a nicer effect – I can see the crowd letting go a little bit more.

Then, you’ve got your indoor parties which are a bit more intimate and energetic. So, I’d have to say Liquid because I just love the raw feeling of it all there.

The playground has also been quite a big home to me too. Uno, of course, also served a big purpose in my life too.

I feel you can really adapt to whatever style you want at Uno – there’s a little bit for everyone there. I’d have to say Uno is definitely my favorite.

Musically, what has been the highlight of 2018 for you?

Definitely playing alongside Honey Dijon. I mean, she’s rocking it right now and I’ve been following her for years.

That’s been my biggest thing this year.

Definitely bigger things going to happen this summer as well. So, I’m really looking forward to those.

Since you’ve started DJing, what would you say has been the biggest milestone for you personally?

However two years ago, Paul Kalkbrenner played in Malta and I was on the line-up,

I was meant to play at the beginning. Then, the organizers called me and asked if I wanted to close the night and I just froze!

Not that I’ve never closed a night before, but it was a night where there were thousands of people one of the biggest DJs in the world and I have to close after them. It turned out really well,

I think that’s one of my biggest milestones to date. The feedback I received after from the crowd and everyone else was all very positive.

What’s your plan for after this summer?

So, I definitely want to start pushing more boundaries with The Stomp and start getting more artists involved in it.

I’d like to start organizing different nights and maybe some more collaborations with other promoters. I’d like to regroup and focus a bit more on that too.

There’s a lot of people out there trying out the same things so you really need to push the boundaries of creativity to make a name.

What advice would you give to someone who is looking to start DJing in Malta?

First and foremost, you have to learn on vinyl.

There is no other way – whatever they may tell you! It’s possible, but there’s nothing better than actually being able to DJ with vinyl and not having to use your eyesight to know when to throw in a track.

The ears are everything. Also, just do it for yourself – don’t do it to get out there.

Allow it to be about that later but patience and perseverance are definitely key. 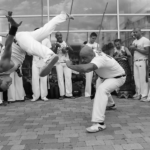