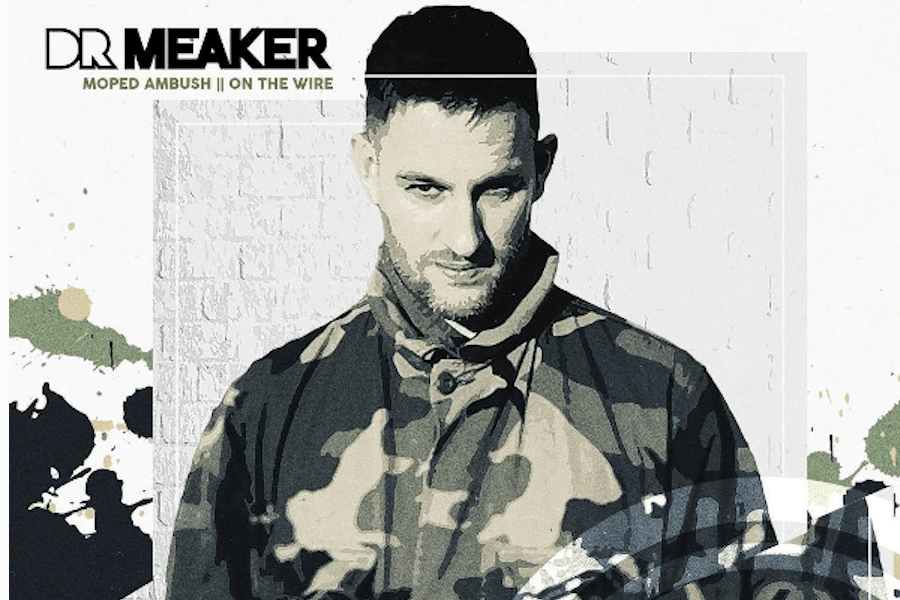 Meet Dr Meaker – a massive drum & bass sound system made up of electronic and acoustic musicians and instruments straight from the heart of the DnB capital of Bristol.

Inspired by The Prodigy and 90’s DnB producers they produce live music before your ears in an awe-inspiring display of live and recorded audio worlds. Clive Meaker, the man behind the production of the band explains how this works:

“We have a heavy backing track which I produce in the studio, for the live set, which is mainly breaks, sub-bass, and other things that we can’t reproduce when playing live. We then integrate all of the other live & vocal elements into that mix.”

“It’s a great combination of a produced backbone with a flourishing musicality on top and powerful soul vocals and MCs… Dirt & Soul.”

Clive is a big Glasto fan and this obviously set the course for his musical development and the creation of Dr Meaker.

“Seeing Prodigy at Glasto was a life-changing set for me as it was my first festival ever. I already loved them but that set was incredible. I grew up 10 miles from the festival site so it was really special for me. The late Keith Flint said it was his best set ever. I was a young kid and I’ve never seen a better set since.”

BBC immediately saw talent in the group and from the BBC’s Urban Talent Bursary award scheme they got their debut album funded ‘A Lesson From The Speaker’. They end up winning the Glastonbury Festival Unsigned competition.

Following their success and after many gigs and festival appearances. They released ‘Moving and Grooving’ in August 2007 – the UGS office favorite from them.

And what is with the doctoral prefix?

“Meaker is my surname and I started to hand in my university work as Dr Meaker. I did this just to wind up one or two of the arrogant lecturers of music who thought they were special because they were Dr’s themselves.”

“They saw us music tech students as being less than the classical artists, so it was a big ‘fuck off to egotism and arrogant authority. I was only at university to buy myself some time away from dead-end day jobs and I managed to blag it onto a course.”

Putting Clive’s ungrateful university lecturers aside, to fully appreciate the technicalities of their live and recorded performances here’s what their setup (often) looks like:

The set up for Dr Meaker

In the words of Clive: “Every tune is different so it is really hard to put specific numbers on this. It could just be me or there could be a whole string orchestra and choir onboard. The live band consists of nine of us.”

“The main thing is that we have incredible energy and synergy when we all play together. Which is to make a very unique and powerful experience, again… DIRT & SOUL”

I stumbled across their live performance at Boomtown last year where I was attracted like a moth to a light by a massive, crisp, and absolutely filthy sound.

“We’ve been playing Boomtown from the very first one even before it was called Boomtown.”

“We are close with that crew and it’s been so impressive how much they have grown the event. It’s a really unique and brilliant escape from reality. They are pushing the boundaries more than any other festival at the moment and it’s always a pleasure to come back each year to play.”

A mutual love of great DnB

Dr Meaker is releasing often via their Spotify, so be sure to check them out there. With such a diverse array of setups, it’s no surprise that a multitude of collaborations is in the works.

“I’m constantly busy and always planning ahead. Probably got too much on my plate, to be honest. I am also working on a new project with a producer, who has been consistently voted as the best producer in drum & bass. You’ll have to guess – no telling.”

“We have a mutual love of great DnB songs and so we are working on some of those. Look forward to showing you all.” 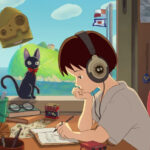 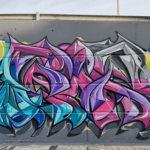