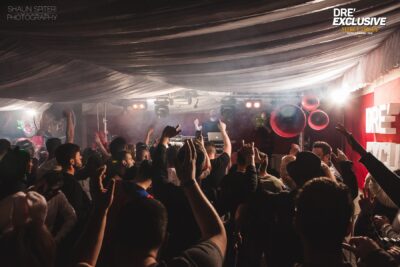 Carnival Saturday night sees the party stumble up to the North of Gozo to the idyllic Villa Fiorita,

The Secret Circus hosted by the one and only DRE’. By this point, everyone was pretty worse for wear, but still ready to finish the carnival off in the right way, and what could be a better way than at a venue decorated with statues of Clowns?

With the theme ideal and music primed to deliver, there was an air of high expectancy as the event approached.

However, once again, the DRE’ Exclusive guys pulled through with this event that was intrinsically planned to deliver a fantastic night of alternative dance music for those that are that way inclined.

The Secret Circus was a perfect event for those who wanted to escape the chilly streets of Nadur and flee the madness of the bars that become packed as the carnival Saturday night reaches its conclusion.

This 10-hour event ran from 18:00-04:00, hosting a mix of assorted styles of house music and provided the perfect setting for eager partygoers to finish as they started, in a blur or strobe lights and banging beats. It was kicked off by the Ringmaster himself,

DRE’ who performed a 3-hour set to get the party started and warm everyone up for what was to come. He was followed with sets by the of The Town, Ramzi, Neil Pantos, Rakban, Mark Hili, and Mel N’ Matt, whose own event we covered a few backs, all of whom performed expertly, as we have come to expect.

As the event rolled round to 4 am, much of the weekend had caught up with many partygoers, with the weekend lag catching up.

However, it remained a great way to round off the weekend and cement the final thought in the minds of the attendees that the music at Carnival can be just a fast-paced, exciting, and immersive as any weekend on the mainland. 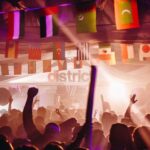 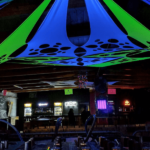