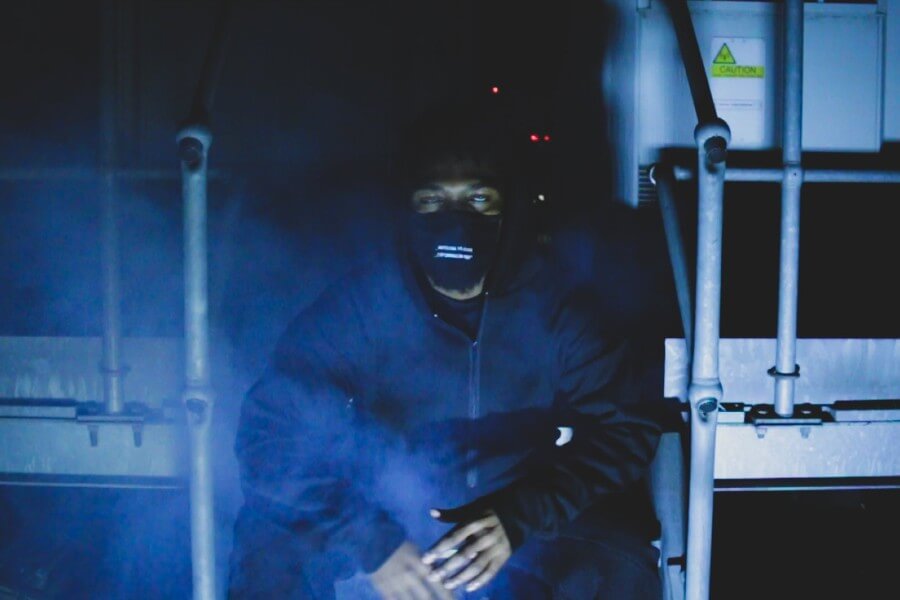 Isaac B is a London-based hip-hop artist and entrepreneur raised in Florida. Now he’s making a name for himself with his collective AndWhatLDN.

His new track SNE HNE has just been released making this the perfect time to support and release our long overdue interview with him.

Check out The King Of The Cypher’s latest release below and get to know the man behind the name that should be on the lips of all hip-hop heads moving into 2020.

From London to Florida and back

Tell us about yourself.

I was born in London and raised in Broward County South Florida. I’ve been back in London for about 6 years now. I immerse myself in whatever possible as long as it’s connected to music in one way or another.

Well I’m an MC, promoter and engineer based in South London at the moment. Basically trying to make something out of nothing.

I come from a technical and management music background. Meanwhile I still do live sound and mixing engineer works for financial means and I do enjoy it. Being in front of all the madness feels more in sync with my passions at this point in life.

King of The Cypher

Some know me as the ‘King of The Cypher’, as I do a lot of works in the local MC live-scene, alongside my collective, AndWhat?LDN. In which one of my roles as host allows me to immerse myself artistically in our monthly cyphers.

I did shows for years without writing anything down. We as the collective host eclectic late nights, and the most riotous, lyrically-charged monthly cyphers.

I think I’m a bit of a weird rapper of phenomenon depending on the way you look at it.

I’ve started to call what I do bi-polar hip-hop cause there’s so many opposites, my Florida upbringing definitely helps me stand out in my current residence.

I’m a rapper with two degrees so I guess I just try and approach shit different nowadays, ‘rapper’ is just part of the artistry for me and a way to dumb down what I do into layman’s terms for other people to comprehend.

You were born in London but raised in Florida. What made you come back?

My mother moved back to rejoin my father in London and I was 19 at the time so I didn’t really have much of a choice.

For me it was kind of like a restart on life and it’s given me such a good insight on the power of relocation no matter what the risks.

I guess overall it was family that inspired the move back as well as needed a way out of a lifestyle, It’s hard to change your path and outlook on life whilst being in the same environment.

Isaac B, on time and place

Luckily, a ‘product of my environment’ has worked out in this case but it could of been much different.

Are we correct in saying that you’re not looking to be the next grime star, but rather sticking to your Floridian roots?

Yeah I mean it took me a while to figure out what I really wanted musically as I had a lot of ups and downs but I’m definitely sticking to my roots.

I don’t think I could ever be a ‘grime’ star because I didn’t grow up around its localized influence and secondly struggle to rap in an English accent/dialect. US grime is a thing though!

That being said, since moving back to the UK I’ve definitely been influenced in terms of what I say and my accent is not as strong.

I speak fluent cockney when I ain’t on stage, nowadays I blend in with the grey rain and drizzled English, when I choose to.

Using the US influence to your advantage

Listening to your tracks we can hear both the US and UK influences. Do you think this gives you an edge in London and over in the States?

Well, I’ve recently been trying find people like me to aid in finding my audience. It’s actually quite hard to do, so I’m guessing that’s a plus.

A lot of people find it refreshing and I come across a lot of people trying to blatantly imitate the US sound which I won’t knock as art is art and leads the way for someone like myself to make an entrance now being back in London.

On the other hand there remains an ignorance in the UK to the acceptance of US artist being based in London now and it can always bring up a question of authenticity which without knowing my background can always bring the music into murky waters.

Have you been back to Florida to perform?

Na, I’ve got no immediate plans to head back to the States, I had a completely different lifestyle, I’m looking to conquer Europe and then get out to Jamaica and further find some of my roots.

Issac B on the process

What excites and discourages you the most during the music making progress?

The most discouraging and worrying is people dependence.

On a low budget it’s very hard to definitely get things done, especially now that I’m not producing as much as I used to. It’s a hustle to finish a project with multiple people involved.

The most exciting part is kinda the same, meeting new people and turning up in the studio, something about that freedom of expression in the middle of the worlds madness is a meditation.

You have a new track out want to tell us about that?

New track! Well there are lots in the pipeline, but more importantly new video! SNE HNE! Shot through the streets of Brixton and down in Hackney.

It portrays the idea of being chased by (the unknown) and how close it can get when we don’t speak up.

I’m seen covering my mouth, ears and then eyes – the ideology of our turn the other cheek methods being self-crippling. I’ll let you all watch for yourselves.

Which tracks, videos or mix tapes are available to your fans and where can they be accessed?

So far I’ve got 2 tracks out of all platforms SNE HNE and my Debut I Wonder.

This is followed up by 2 videos on my Isaac B Vevo channel including the brand new SNE HNE visuals.

Can you tell us about And What LDN?

And What LDN is a collective that attempts to provide the world with forward-thinking and accessible music events.

The crew is made up of musicians, DJs, MCs, vocalists, live electronic artists, beat-boxers & videographers formed in 2015 and based in London.

We run cyphers with a vast range of MC’s, host live music, improvisation and cross-genre collaborations.

We also host a number of varied live music events and alternative club nights around the capital as well as our own community festival, held in the centre of Brixton, South London.

In 2019 we’ve hosted our own stage at Noisily festival and featured at the Breakin Convention Park Jam and Les Tropikantes festival in Paris last year.

The core of the collective is to give artists (not subjective to just rappers) a platform to perform and develop themselves alongside our close knit collective, which has very much so become like a family to us.

Expert advice from Isaac B

Would you like to drop some business knowledge on us and what pitfalls to look out for?

It really depends what side of the art we’re talking about.

In terms of live events I’d say just get everything in writing (email not WhatsApp) and look out for the vampires of the industry trying to feed off of the rest.

Regarding being an artist I believe the entrepreneur approach is best but it doesn’t work for everyone – the pay off is so far in the future.

If one holds on to their intellectual property and owns there masters it’s only a matter of time till something will pay off from the graft – be in synchronization – a influx of streams – support act roles.

Something’s Gotta Give – Hustle and Motivate as the late Nipsey would say.

What future projects are you currently working on?

One of the most exciting projects I’ve got going on at the moment although an EP is also ready to be released under Isaac B is NBOC. New Born Out Cry is my new band.

It’s currently a producer-artist duo in which my producer plays live trombone as part of the act. It’s high energy and a journey in itself.

We’re hopefully adding a part to the live experience, which is a live scratch DJ and flute player known as DJ Question Mark.

I can’t disclose much else but stay tuned.

I can’t wait to get more of my mind into the universe and I’m thankful for everything currently coming my way.

Big up the Underground Sound team it’s only a matter of time before I’m out in Malta to see what a gwaaan!

Photos courtesy of Isaac B 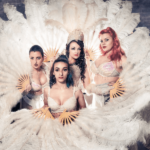 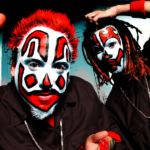