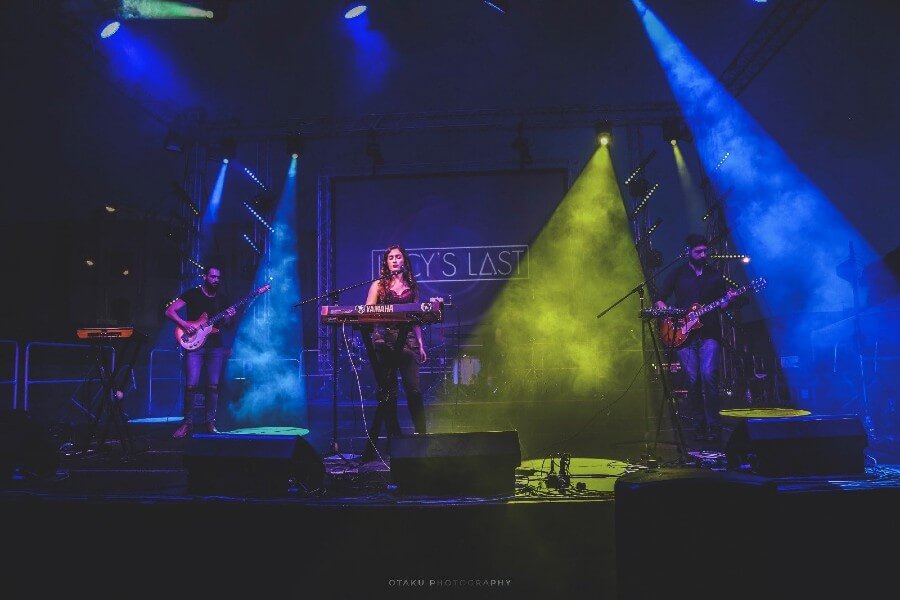 I had the pleasure of hearing Lucy’s Last playing live at Rock the South. My initial thought was that they have a really unique sound – unlike anything I had heard before.

Fast-forward a couple of weeks and I find myself chilling in their own little sanctuary in the Garage in Birkirkara. I met up with Mia, Elton, Mark, and George to have a chat about their music, their new and improved sound, and what they had planned for the coming few months.

Who is Lucy’s Last?

Let’s start off with the name of the band, Lucy’s Last. Who exactly is Lucy and how did she manage to inspire you guys to name your band after her?

Elton: There’s no actual Lucy. A friend of ours was in the band up until last year and he thought the name up. We get asked about the name a lot and we always come up with a different story, but it’s becoming tiring so we’re just going to own up!

I would say that the cultural significance of the name Lucy is rather meaningful. You can take it as Lucy in the Sky with Diamonds, Lucifer. The name Lucy is everywhere, it’s like John in English, I guess.

You as a group now, how long have you been together?

George: It’s been about 4 years.

Elton: Yeah, but we sometimes say that we’ve been together even less than that because people expect more of you if you’ve been around for so long! So, we’d jokingly say “Yeah, we just met last week and we already have a couple of singles on the way!” But no, it’s been 4 years.

Can you guys tell me a bit about yourselves?

Mark: I used to only play keyboard before, but then Aaron left the band for Australia, so I play bass now too. I also forced Mia to buy another synth. That’s basically what I do, I delegate, I command people to do what I want.

But they’ve begun to stick up for themselves a little bit. Elton has become more assertive, but Mia usually still cries a bit.

Mia: I get bullied by Mark. *laughs* No, I’m the singer and I play the keyboards now. I’m also a videographer and video editor. In the beginning, aside from the music, I used to make our videos too.

Elton: I just drum. Actually, they’re being a bit humble as most of the tunes that we play are the work of Mark. He gets into it and we jam and start creating the music from there.

With Mia, in comparison to us, she’s a bit easier on the eyes, so she’s there also for appearance! No, I’m kidding. But also, before we met Mia, we had a bit of a struggle when we were writing the lyrics. With Mia, things are easier because she brings a certain lyrical dexterity.

George: I play the guitar and keyboards and I handle most of the technical stuff. That’s it because they’ve said too much already!

Let’s go a bit deeper into the lyrics. Would you say that you all contribute to the creation of them?

Elton: Well, originally, we have a set of lyrics and then, if we see that a word doesn’t fit, we’re very open to changing them. If it becomes weird enough, then it becomes Thom Yorke!

So far, we’ve been singing about heartbreaks, relationships with cats, spinning around, being let down, wanting someone. Our inspiration comes from everything and nothing.

We also avoid writing too much meaningful lyrics in our music because then people will catch up on them thinking that they’re all meaningful. Then they don’t realise that it’s actually our music that’s creating the emotion.

And then you create a cult, and I don’t want any followers *laughs*.

Let’s talk a bit about your sound. So, the songs you have on Spotify have a kind of classic rock meets sci-fi element to it.

Mark: So, that’s the sound that we had in our EP. You heard us live at Rock the South, right? What we played there is very different from what we have on the EP.

George: Basically, the EP was our previous sound with Aaron on bass. Since he left, we’ve been getting more into the electronic side of things. We got bored of that sound so we decided to change it.

Elton: We’ve started shifting to real electronic elements in our music. I think the feel is still somewhere with the whole sci-fi thing. Even though we have similar ideas, the new setup we have in the band tends to take us somewhere else. But we’re still drawing from similar sources.

And what’s been influencing the new sound that you’re going for?

Elton: We share a playlist amongst us and we all put in songs that we think are cool. We start listening to one another’s influences and start to find some common ground. Even when we’re trying to communicate while we’re playing, we understand each other better.

What kind of stuff do you have on this shared playlist?

Elton: But I think there’s a lot between what influences our playing and what inspires or motivates us to play. For instance, there are certain songs that I put there because they give me a vibe to go play, even though I’m not going to play anything like that.

Then there are other songs that are more influential to the way we play.

You recently released a new single, Notion. How have you found it has been received?

Elton: I would say pretty good. But I think the single before was received faster than this, you know? It’s being well received but the process is somewhat slower.

Mark: Actually, no. I have to disagree. Basically, our last single, Same Old, was released in early July. The radio started playing it and really playing it a lot – not to boast *laughs* – around September/October.

We reached number 1 for 3 weeks with it at the end of October and the beginning of November. So, it was released for summer, but they started playing it around that time. The notion has been released for just a few weeks now.

George: It’s a bit of a small scene in Malta.

How about the new sound? How have you found that has been received?

Mark: It was received quite well, especially judging from Rock the South. We got a lot of great feedback.

George: It’s very true actually. The serious point is more about the reception of the sound rather than the release of the singles. The singles are there actually to put our name out and remind people that we still exist.

Summer of Opportunity for Lucy’s Last

Going forward, are there any plans to release an album?

Mark: For now, no. It’s too expensive and it’s not worth it for our scene.

George: But we have another single on the way. We’ve decided to proceed in a different way than just releasing an album.

So, your next performance is at ManaTapu’s album launch. You guys looking forward to it?

Elton: We’ve had 2 gigs so far this year and Rock the South was amazing but we’re really looking forward to this one. It’s like nothing that we’ve played at before.

The venue is great and there’s going to be a whole lot of activities going on – it’s going to be like a fun park for adults, with alcohol and fresh smells, I’m sure. So, we’re really looking forward to that.

Alright, sweet, and what’s in store for Lucy’s Last in the coming months?

Elton: We have some opportunities coming up over the summer, but it’s still a bit too early to say.

Mark: As well as that, if another single pops up that we really like, we’ll hit up Clint, our producer, and record it.

Thanks so much for your time guys, I really appreciate it!

The interview ended and the guys were eager to show me some of the new stuff they had been working on, including the new single that they will be releasing in the coming months. I have to say, the new sound they have is something else.

If you missed the opportunity to see them live at Rock the South, make sure you make your way over to ManaTapu’s TuaTara album launch party this weekend – it’s most definitely going to be worth your time.

Also, make sure to like Lucy’s Last on Facebook, and if you’re so inclined, follow them on Spotify too – that’s where you’ll find most of their music. 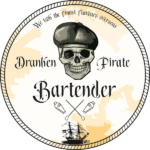 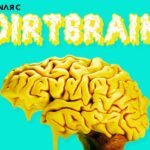