This is the first time that he releases a hip-hop production. For this venture, he chose to work with Owen Leuellen, a recognized Maltese hip-hop artist and songwriter. Owen has carved himself a spot in the industry locally after making second place on X-Factor Malta.

The track is flowy and dreamy, Owen spitting meaningful and self-help focused lyrics and hitting higher notes on the chorus. Meanwhile, the beat produced by ANT Mifsud is minimal, incorporating string elements and is a good start for a first hip-hop styled production.

Release of ‘Everyday’ on Armada Music

Back in 2020, ANT entered the music industry with style releasing a single called ‘Everyday’ on Armada Music. It’s a cheerful and euphoric house track that gives you the image of cruising on a bright and sunny day.

All this goes to say is that ANT Mifsud is an independent artist with big aspirations. Already finding success in Malta through events he promotes and organizes, he has even secured a place on line-ups that include major electronic music artists at Milan Fashion Week and Summerdaze Festival.

Indeed, follow him on social media to see that he’s securing gigs outside of Malta and is on his way to becoming an internationally recognized Maltese artist.

You can listen to his latest track ‘Run” here on Spotify. 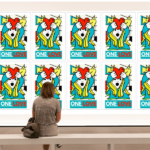 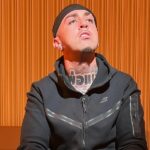