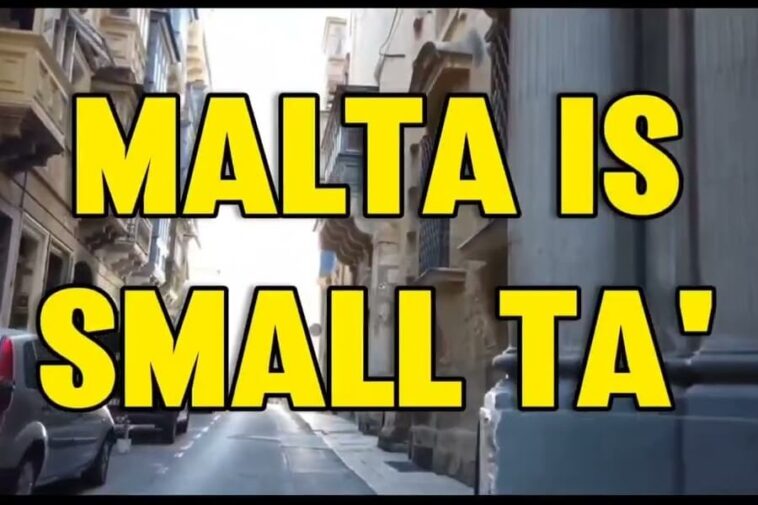 McMark is Feeling hella’ mela. If you’re not entirely sure what that means, don’t worry, you’ll be adding it to your vocabulary of local lingo before you know it.

To give you some context, it’s one of the quirkier lines of Malta is Small Ta‘ – a Malta-themed tune that just dropped, and is already making waves across the island.

Meet Mark Hald, a Dane who’s been calling Malta home for the past 5 years. While his day job revolves around online gaming SEO, Mark also has a strong passion for tongue twisting rap. He also happens to be a friend of mine. So, I couldn’t pass up the opportunity to pick his wonderful brain about what led him to Malta is Small Ta’, his latest single that’s blowing up with locals and foreigners alike.

From the culture to the food, and the laid-back vibes. Check out what inspired Mark to compose this catchy tune about island life in Malta.

McMark from the Cold North to the Maltese Shores

McMark is not new to the art of rap, having been at it since 2006. He’s taken part in various freestyling battles over the years. Some of these got him all the way through to the Danish National Championships. He also released a debut album back home in Aalborg as well as a few mixtapes along the way.

“I’ve loved rap music since I was around 5 years old. Ever since I was gifted a rap record off my brother-in-law and couldn’t stop listening to it. I was also a massive 8 Mile fan. I must have watched that movie over 100 times, until it got to the point where I just thought that I could actually do it myself. So, I started making beats and writing lyrics. The early stuff was probably shit but then I finally got some studio time in around 2007. From there I just kept getting better and better at it.”

McMark: Malta is Small Ta’ – breaking into the local scene

Since landing on the rock in 2017, he’s successfully broken into the local scene after attending Underground Sound’s G-Funk & Cypher event some four years ago. This marked the first time he started freestyling in English. Putting on an impressive performance, with only 45 minutes to prepare. He still managed to make it down to the final three contestants.

Nowadays, not only has he become comfortable with rapping in a foreign language, he’s also gone and released his first single in English about all things ‘Malta’. Having been released just over a week ago, the single has already received overwhelming positive feedback.

“I always say that my mind works in mysterious ways and for once, I decided to use it to my advantage. It just came to me one night really, when I was trying to sleep. The next morning, I opened up my NotePad, played around with some lyrics. In just a few hours Malta is Small Ta’ came to life. I got in touch with my mate Jamie Spink who produced the perfect beat for it, and before we knew it we were recording it in the studio. Throw in some mixing and mastering from Femmar, and it was a done deal.”

An ode to Malta

Mark claims that the song practically wrote itself as soon as he had the hook in mind. He drew his inspiration from his experiences over the past 5 years here.

“I think it’s pretty self-explanatory. It sums up my feelings about life on the rock and I like to think of it as my ode to Malta, as I feel like this is my real home now. After completing my bachelor’s degree in English and International Studies. I realized there weren’t really any jobs going for me back in Denmark. So I started to apply for jobs abroad, and the very first offer I got happened to be with a Malta-based gaming company, for the role of Danish content writer. In need of a fresh start, I packed up and moved here, and never looked back.”

Mark had zero knowledge about the island when he moved here and didn’t know anyone either. He claims to have found his place now though. “This crazy little rock” is about much more than shady landlords, online gaming and building permits.

“I often lack in smart decision making, especially after one too many Cisks under the burning Maltese sun. However, I’ve had some memorable moments during my time in Malta, I’ve grown up a lot here, even though some people might beg to differ!“

With McMark: Malta is Small Ta’, you don’t need a brochure

According to Mark, the lyrics of the song are meant to serve as a kind of ‘tour guide’ to anyone visiting or considering moving to Malta. Together with a mellow beach club beat and a stunning lyric video filled with iconic spots on the island, it pretty much hits the nail on the head.

“I feel like the motto ‘play hard, work hard’ really ties in perfectly with life on the rock. If you could turn up to a party last night, you should also turn up for work in the morning. No money, no honey, right?“

Speaking of honey, he also mentioned that loads of people have been sliding into his DMs with messages of praise following the release. Including the local tourism minister.

“I was a bit surprised about how well received it was to be honest. Normally there is always some negative feedback or criticism. I haven’t gotten any so far which I am really happy about. Of course getting airtime on the radio would be major as well.”

With almost 10,000 views on YouTube and even more listens on Spotify, it’s only a matter of time before more people catch on to this Malta-centric tune. We can definitely see it getting some major airtime, both locally and internationally.

I’m telling you, this is one heck of a hood

As for McMark, are there any more Malta-themed tunes in his future or does he consider this to be a one-hit wonder?

“A lot of people have already asked me how I plan to follow this up. I have quite a few funny ideas. One of them would be to make a song about the island fever and basically explain what options there are when you get a bit claustrophobic or even feel stuck on the rock. Who knows, I might even compose a track about all the stuff on the island that pisses people off!”

When asked about any other future projects currently in the pipeline, Malta-themed or otherwise, Mark was pretty tight-lipped for once but he didn’t rule out dropping a new EP.

“I like to stay busy and I am working on some lyrics. There are both some with themes and other stuff that is just straight off the dome. I also know that my producer has some more dope beats coming so don’t be surprised if you see me drop an EP sometime in the future. Oh, I think it also goes without saying that I don’t plan on moving away from Malta anytime soon!” 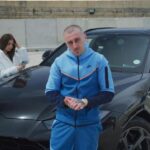 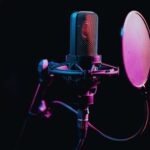