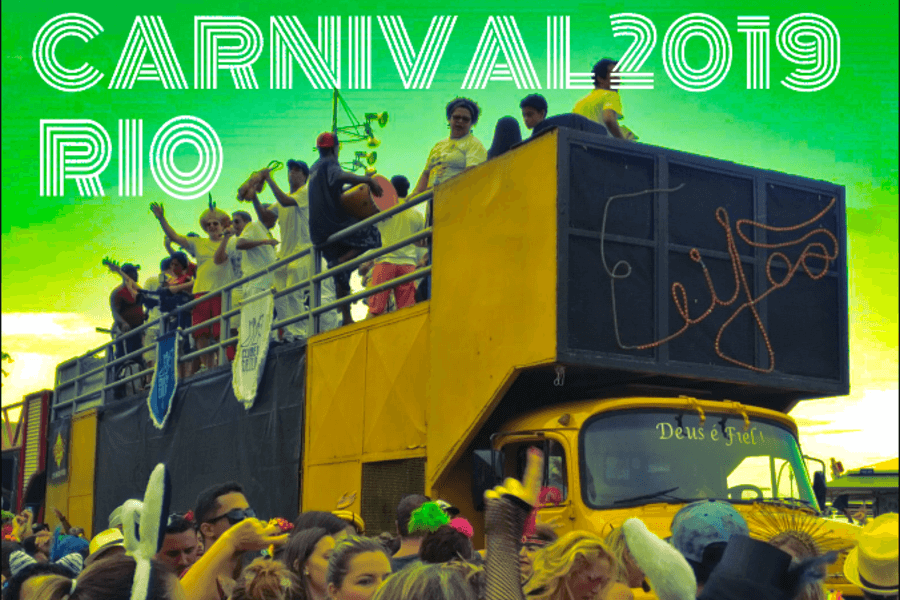 I am told there is no city like Rio.

The Marvelous City of Carnival

Cidade Maravilhosa. Rio de Janeiro is an iconic party city known internationally for its celebration of Carnival. Every year over 6 million people celebrate carnival in the streets of Rio de Janeiro, with over 100 million condoms distributed free of charge. Damn.

The party is sprawled out between 400 blocks or street parties of the samba, baile funk, and instrumental varieties. Below is the essence I got from being smack in the middle of it all.

Tropkillaz is a famous duo in Brazil and the world producing some of the best Brazilian funk and electronic mixes out there. Brazilian funk videos have tens of millions of views and everyone here knows the lyrics. They draw big crowds with their dirty beats, paired with even dirtier lyrics, such as the newly released Bola, Rebola with Anitta.

Their event is supported by several other Brazilian acts such as Major Lazer, Heavy Baile, Omulu, and Digital Dubs. This is an atmosphere where people come to get nasty.

Stepping out of the Uber and onto the steps of the Modern Art Museum, the first thing you feel is the beat. Carnival means mass celebration in Rio, and for many residents (Cariocas), Brazilian Funk is the rhythm of choice.

Brazilians worship booty. As I cut through the crowd to reach the front, the butt is ubiquitous. At every turn, someone is shaking it. There’s no avoiding it. Sliding my way past a bump and grind train of 5 or 6 people, I find a place near the front barriers.

Rio is one of the most dangerous cities in the world, but man, people are chill. Thanks to the very frisky security guard, we dance in a space somewhat considered safer.

The epitomized reggaeton clap keeps people bouncing. The best twerks for the biggest drops. Nobody gives a damn.

It’s the middle of Omulu’s set. He’s a producer and DJ playing baile funk, reggaeton, and a real representation of the Brazilian underground. He mixes Brazilian music, foreign hits, and big fat bass to mix it all together. Omulu’s BBC Radio Mix here.

Tropkillaz takes the level up a notch. The young and experienced duo brings madness to their bloco.

They bring out dancers, shaking, popping, and doing backflips. In a show of musical versatility, they mix baile funk to Latin hits like  “Gasolina” and ridiculous ones  “The Banana Boat Song”. The result is always a savage tune.

The time is 5 AM and the last DJ pulls the plug. With newfound rave buddies, we take off in an Uber to Copacabana to catch a rising sun. Saying goodbye to the driver, one of my new friends ends up making out briefly with the lucky guy.

Leaving our more-than-satisfied taxi driver, we stumble onto what could indeed be the most marvelous sunrise on this side of the planet. Another group joins ours for a dip into the sea to celebrate the end of the night and the beginning of another day in Rio.

Little rest. Out in the streets of Copacabana again it’s the famous blocos this time. On top of an old truck is a stack of speakers and an entire samba troupe. Guitars, percussion, singers, the whole lot. All around the truck are revelers. Dancing and singing to the songs played from above.

With an oversized caipirinha in hand, I join the crowd.

Rio puts you in the mood to go out and be bold. It’s hot. The people are hotter and the music blends it all into one. Even the colors of the city, the curvature of the beaches.

Sunsets that even the wildest dreams can’t conjure. Shirtless people, disguised nipples. Sexuality and the worship of the body is everywhere.

A girl sporting a bunny costume hands me a plastic baggie full of purple liquid. I’m told it’s homemade cachaça in grapefruit. I go for it, only to find out in return that she wants a kiss.

I was told there is no city like Rio. 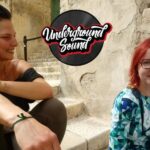 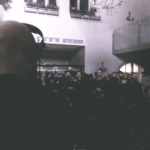