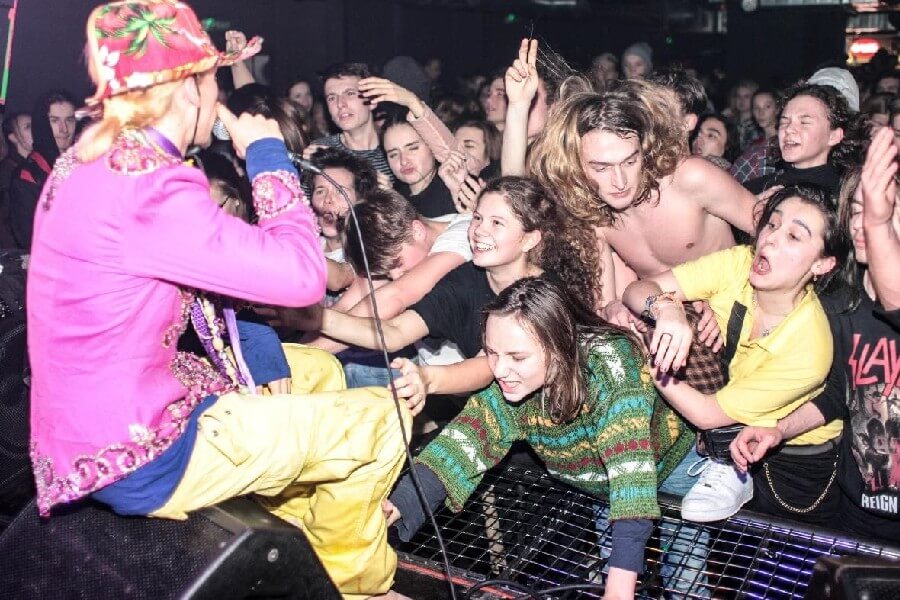 Welcome to the mosh pit. It’s a place where people throw themselves against each other. Imagine a sort of ritual where people belligerently thrash around to heavy, hard-hitting music.

We delve into the psychology of this and why it may be good for your (mental) health.

Being shoved around like a rag doll in a human pit is not how most people typically spend their Saturday night, but for a select few it’s a crazy joy ride.

There’s a kind of dance that partners up with every music genre, mirroring its energy. With reggae it’s a smooth and mellow sway, with techno it’s pumped and jumpy. With heavy metal it’s thrashy and aggressive. Moshing is the physical manifestation of the music’s energy.

Starting out in the hardcore punk scene of the 80’s moshing caught on quite quickly. It has become a mainstream phenomenon in hardcore music scenes ever since. Consider it a ritual at any metal show, be it a crowd of 20 or 500.

The pit’s energy is infectious. So much so that it’s branched beyond metal and infiltrated into the hip-hop and EDM music scenes.

Trap artists like Travis Scott are well known for putting on shows where energy is so rambunctious it pours over to the crowd. This primal performative energy paired with heavy trap music instigates a natural need in audiences to break out into mosh pits, that epitomise the music’s anarchic rage physically, the same way metal does.

The rap equivalent of a mosh pit is lowkey compared to heavy metal. It’s less about the shove and more about the bounce and nudge to the contagious beat. But regardless, the ritual of the pit is there. So, I’m wondering, what kind of power does ‘the pits’ emanate?

Why do we mosh?

Something pulls you into it. I remember halfway through this hardcore punk gig, I got an uncontrollable urge to start thrashing around, so I followed my instincts. My friends and I started shoving each other around and before we knew it, a whole swarm of people had joined in. It was really exhilarating and despite the painful aftermath, I couldn’t wait to do it again.

I turned to a couple of my moshing friends and asked them why they love to mosh to get a look at the’ bigger picture. Here’s what I got:

R: “As a woman who’s been in a couple of moshpits, I can say, it’s a really freeing experience. I’m no longer concerned with how suave I look on the dancefloor. Diving into a mosh pit is a big ‘fuck you’ to the patriarchy.”

B: “It comes so naturally! Almost like it’s the instinctual bodily reaction to getting locked into a song’s groove.”

S: “It makes the music feel better, as you’re thrashing around, you’re causing your body to feel the music’s many elements in different ways.”

M: “When I headbang or throw myself into a moshpit, I’m completely immersed in the moment’s music and experience. It’s kind of an instinct.”

To put it simply, ‘collective motion’ is kind of like a hive mind; a wave at a football event, stampedes in a public frenzy and mosh pits are all bodies of collective motion.

A mosh pit is created by several self-propelled rampaged individuals that come together to form a chaotically ordered body. This body is brought into collision by a wild mixer of loud, abrasive music, intense lights and the many creative forms of intoxication present at parties.

Silverberg and Bierbaum link this abysmal behaviour to the principles of gas particles. These highly energised particles run, bash and slam into one another when they’re floating around.

Meeting in groups, sends these elements into a hardcore frantic pattern. Like a single particle, a single ‘mosher’ trashes around energetically in random movements, mashing into others to form one big pit. Creating a vortex of distinct and abysmal collective behaviour.

‘Catharsis’ is the process of getting relief from strong or repressed emotions.

Everyday life is full of restrictions and regulations that dictate how we should feel and behave. This excessive control cages the animal within us, and those primal aggressive urges within us seek release. Moshing is a sublime act for the emotional purge.

Heavy music like, metal and trap inhabit a subculture of alienation. A kind of anti-authoritarian spirit that rebels against the repressive culture towering over us. The brash lyrics, intensified sounds and fast paced rhythms unlock the primitive parts within and push our bodies into a pulsating frenzy.

Moshing acts in the same way dancing and sports do. It’s a space for emotional release, just kicked into (extremely) high gear. Many have left the pit feeling lighter and rejuvenated, so my recommendation is – be open minded and get into the goddamn pit!

Rules of the pit

Although mosh pits will help you unleash the beast within, it’s got some (reasonable) boundaries. To ensure the pit remains a cooperative space for playfully body slamming, you’ll need some ground rules.

Moshing as a Trust Building Ritual

Rituals have a communicative effect encouraging trustworthiness and commitment amongst those involved. The pain and an expulsion of energy in these rituals creates tight community bonds and moshing retains this concept.

If you take a step back and watch a mosh unravel, you’ll notice that it’s a ritualised form of social cooperation. You might think that people crashing into each other like bumping cars isn’t the most trust-worthy place to be but have faith in these belligerent souls.

Everyone who dives into the pit is placing their well-being in the hands of the collective.

This shows a high level of solidarity and kinship, expressed through the instinctual and primal violent sweaty body slamming. Everyone’s there to release some tension and have a good time, there’s nothing more soul bonding than that!

The skills you learn in the pit might even make you a better person! Solidarity, kinship, resilience and liberty to express, are all values that the pit condones.

And I’ve noticed this first hand, as every time someone falls down, three people rush to his aid to make sure he’s good. People on the streets of London don’t even do that!

So, once again – get in the goddamn pit (it’s good for you). 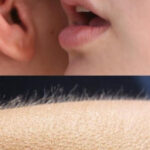 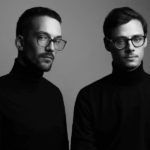