Tucked between the back streets of Birkirkara sits an unassuming tower, dripping with potential; a once derelict car garage, repurposed as a rehearsal complex for Malta’s up-and-coming artists, pulsates in the heart of the island.

With every damp and echoing step up the dark and almost dungeon-y stairwell, a new tune can be heard spilling from various makeshift, soundproofed doors where ghosts of automobiles linger in their carports of yesteryear. Like a scene from Scooby Doo, bands from all musical dispositions can be seen scrambling from one door to another, tweaking tunes and working out the kinks on their latest creative projects.

In a perfect storm of poetic juxtaposition, the bright and cheerful Jogy Bo and Dario Vella of ManaTapu greeted me in the somewhat bleak corridor of the rehearsal tower’s second floor, beaming with irie vibes and welcoming me into their four-walled endless summer – ManaTapu’s own carport creative space.

It’s been four years since ManaTapu released their last EP “Timpana”, and rumour had it that Malta’s favourite reggae-ska-surf rock band had been nearing the completion of their new follow-up album. An opportunity to unearth some stories behind this sure-to-be gem couldn’t be passed up.

Mike Finnegan: Thanks for taking the time tonight guys. We’re all very much looking forward to ManaTapu’s new album. Have you settled on a title yet?

Dario Vella: Yeah man, we’re calling it TuaTara… It continues with the ManaTapu theme, coming from the Maori culture.

Jogy Bo: Tuatara is a lizard from New Zealand, and it has a third eye on its forehead when it’s born. When it’s just coming to life the skin grows over it, but the myths there say it has some powers and special abilities. It can sense things.

There’s even a Marvel comic there; a lizard man with a third eye on his forehead. When I saw it, I couldn’t believe it. Green lizard man! (laughs)

MF: Ha, that’s brilliant! I’ll have to check out this Green Lizard Man… So how did this Tuatara climb its way onto your newest album cover?

JB: So this one time I went to the bar to meet Andrew McGrath (ManaTapu’s original drummer), and earlier that morning I had found these little weird, paper things. They were these little books on lizards and insects – you know, for children. But they were great! And there was this Tuatara, and I read about it, and thought, ‘Wow this is very interesting, man! A lizard with a third eye…’

So, I go and meet Andrew at the bar that night, and I tell him about this Tuatara. Andrew goes, ‘Woah, no way! I made a documentary about this lizard when I was eight years old. We have to name the album Tuatara!’

Also, in one of our new songs, we sing in Maltese “aħna niftħu t-tielet għajn tiegħek bil-mużika” (we open your third eye with music) we really want to open our fans up to something else – and that’s the connection.

MF: Bravo, that’s a perfect title! Can you tell me a bit about the time between your 2014 EP Timpana, and the forthcoming TuaTara? What have you guys been up to?

DV: Hmm, since 2014… well we took a break for a year. Tete went back to Spain, Pupachile left for a few months…what else?

JB: I left for nine months for Switzerland and England… We needed a bit of a break after Timpana, and then came back and really started writing these songs for TuaTara. There’s been a lot of song writing really. We have some songs that are about five years old, and some new ones, so we really wanted to focus on nailing those down. Yeah, it’s about time we put out a new album!

MF: You mentioned the Maori theme earlier, can you tell me a bit more about that connection, and what ‘ManaTapu’ means in Maori Te Reo?

JB: I spent some time in New Zealand, and I learned these two words there. So it’s two different words that really work well together: ‘Mana’ and ‘Tapu’.

The Maori say that everyone and everything – all atoms if you look at it physically –carries a ‘Mana’ , or a sacred power. Everything has an energy. If it’s a block of ice, or a piece of plastic, a stool, a dog, a human being, a sofa, a cloud…whatever it is, everything has an energy. And that energy changes with the environment it comes in contact with. It either increases or decreases, but it changes.

MF: There have been a lot of controversial events here in Malta regarding freedom of speech and censorship in the four years since your last album dropped. ManaTapu has never shied away from telling it as it is – did any of these censorship issues inspire new songs on Tuatara?

JB: Yeah, “Foxx Kemm Ghandek” is a song, which is very controversial with regards to censorship and blasphemy laws… There is a worldwide censorship for music, and it’s about time we say, ‘Alright, I can say whatever I want if I’m in public, and have freedom of speech as an artist.’ And we’re of course trying to address this.

If you remember, we played at KSU. And as we were about to play “Foxx Kemm Ghandek”, we started by telling everyone to ‘fuck off’ in every language, to provoke a bit – and then the sound cut… We had to leave the stage.

“Foxx Kemm Ghandek” was really just about this guy who is having a really bad day, everything goes wrong. He drives and gets stopped, gets a ticket for not wearing a seatbelt, gets fired from his job, goes home and finds his girlfriend cheating on him with his best friend, and on, and on. So this character just always says “Foxx kemm ghandek”, you know, “fuck you guys”.

But anyways, the thing is you can have the message of the world, and the people wouldn’t care! (laughs) As long as you make people happy, that’s really what matters I guess… We can write profound stuff, and we have a pretty profound song, which will be on an upcoming acoustic EP, but I think we prefer making people laugh, and jump around, and enjoy rather than make them think at our shows.

I get the point of, you know, Nirvana, and Kurt Cobain, and sad music. I get it, I really do. And I write it often myself. But I just prefer to have a good time, and not think about all this sad stuff that’s going on.

MF: ManaTapu is pretty well known for its genre-fusion of reggae, rock, ska, bossanova, and a bit of hip-hop, but you’re also pretty linguistically versatile. What languages will you be singing in on TuaTara?

JB: I think there’s some Portuguese on there as well.

MF: You’ve got some lyrical nuggets for everyone in Malta. I heard that you’re working with the Malta Arts Council as well. Valletta Capital of Culture 2018 is promoting your album launch at Ta Fra Ben, is that right?

DV: Yeah, we were recently endorsed by Valletta 2018, that’s right. They’re putting on our official album launch. You can find it in their events programme.

MF: Is that where your fans can catch you next?

DV: Yeah! And after the official launch, we’ll be playing the regular summer shows at Earth Garden, Beer Fest, and The Bubble Festival, too. 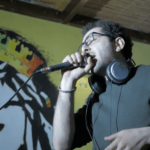 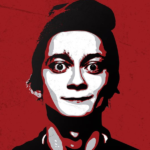