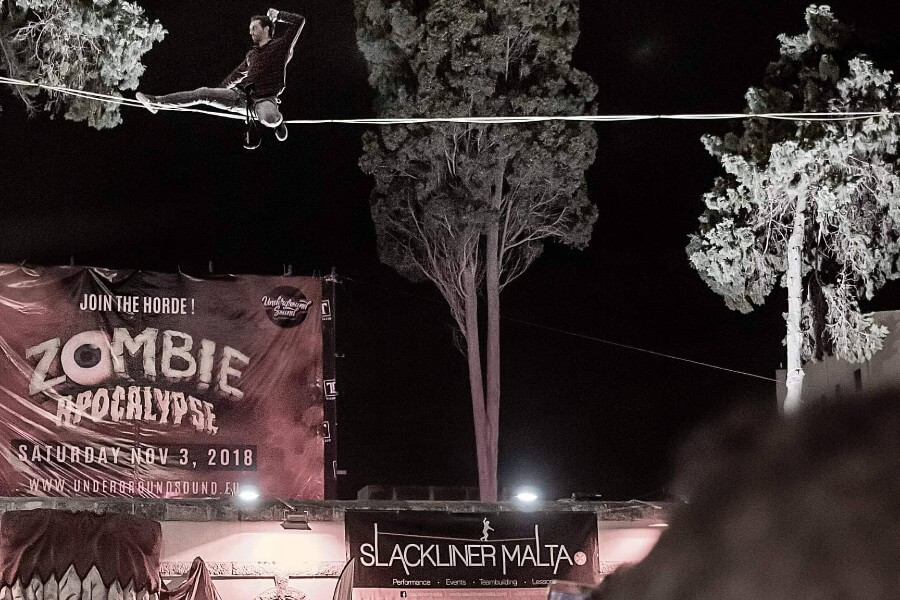 Zombie Apocalypse in Malta has come and passed. A veritable virus spread into the hearts and souls of hundreds of undead ravers. Underground Sound’s second major event, the first being the g-funk and cypher showcase, brings a new meaning to the word “underground”.

Droves of abominable beings rise from the grave for one night of debauchery before returning from whence they came. This event is first of its kind in Malta, making history by bringing the most number of zombies to one location.

Relentless march of the damned

The night of 3rd November begins with an ominous feeling in the air around the Spinola Bay area. As the moon rises, it meets a group of thirsty zombies who descend upon the lively bars in Paceville. Feasting on gory shots, the mass of rotting flesh slowly begins to make its way towards the undead playground at Tigullio.

Collecting confused and excited looks along the way, the hoard takes no prisoners as more and more join in on the action en route. A forsaken promised land where music from some of Malta’s best hip-hop, electronic and psy-trance artists awaits.

Now there’s a sentence I never thought I would ever write. As the crowd makes its way to Tigullio, everyone encounters an otherworldly artistic performance of rhythmic batucada performed by Trakadum. All the while, a sky-high slackline performance by Slackliner Malta takes place above the ghastly heads of all present.

After some time, and more alcoholic lubrication, everyone becomes infatuated by the sights and sounds. It’s not long until the local police arrive to corral the sesh-hungry beings into their unholy sanctuary. Most likely to stop the spread of the virus to unsuspecting innocents.

Passing through the gaping maw at the entrance to Tigullio, people start to spread out and explore the surroundings. With 4 stages set up, each with its own distinct music style, the crowds begin to pick and choose where to spend their time. Passing through blood-soaked halls, I find myself at Death Row – the main stage that has been adorned with a grotesque skeleton shield.

Throughout the night, Depth & Volume A, IK@DI, NOTA, LeeTabix, Fattima, Christian Lazzarra, 215 Collective and Zac will be performing here. I spend some time enjoying the sick beats exuding from this stage before the next one beckons.

Next up is Ground Zero. I listen as Nigel C puts on an exceptional performance of delicious techno. Also playing here throughout the night are Milos Bogdanovic and The Interpreterr, who coerce the crowd into a deep trance with his melodic beats only to bring them right back out of it.

On to the Psych Ward, where psy-trance acts Crnorizec Hrabar and Interconnekted play out to the crowds. Lastly, the final stage is the Zombie Jam where MusicPlayground has organised a lively jamming area for all those looking to play to the dead.

The Zombie Apocalypse spreads with eerie entertainment and vodka

Adding to the ambience of the Zombie Apocalypse are silent zombie movies projected on to the walls. There are also virtual reality games, in case people are not totally immersed. The glorious Meme Exhibition makes an appearance too.

It’s only after spending some time between these stages that I realise that it’s time to check out some of the gory creations around me. I spark up a cigarette in front of a wooden pillar decorated with fresh organs. Human or no, I think some things are best left unanswered.

Among the crowds, I meet an individual dressed as a particularly gruesome Pennywise from IT – as if the original wasn’t gory enough. Incidentally, she would go on the be crowned best-dressed for the night. A title that comes with a nice collection of Ghost Vodka.

Setting the Record for Most Zombies in Malta

The night is a resounding success. Everyone in attendance enjoys the fresh approach to a Halloween party – the likes of which Malta has never seen before.

But what of the official count? The final number tallied in at 1,306 undead ravers. The headcount, conducted by the Malta Book of Records, is an official record for the Maltese Islands.

Not a bad turnout at all. Of course, this is just the beginning. Records are meant to be broken and that’s exactly what Underground Sound will do next year. Prepare yourself for an even bigger, more gruesome second addition to the Malta Zombie Apocalypse next year. This is a warning.

We would like to thank everyone who made this event possible. Special thanks to those who gave their blood (literally – no I’m kidding), sweat, and tears to create the setting.

Major thank you to the sponsors: Ziggi Rolling Papers, Coffee Circus Tigne, and Caine Tattoos. Also, big thanks to Hearts for Arts, Slackliner Malta, Trakadum, Circus Arts Playground, and White Noise for all of your support. 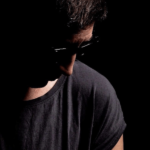 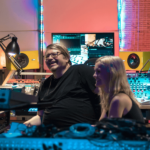